HE Salah bin Ghanem Al Ali, Minister of Culture and Sports honors our country during the celebration of World Theater Day

HE Salah bin Ghanim Al Ali, Minister of Culture and Sports, honored “Baladna for Food Industries” during the celebration of the World Theater Day held last Tuesday evening.
The award was received by Mr. Moataz Al-Khayat, Chairman of Baladna Food Industries, in the presence of members of the diplomatic corps and selected representatives and media. This honor comes to the contribution of «Baladna» active in the theatrical season 2017 – 2018, where she participated as an official sponsor of the play «Shelley Ysir» and »Deira Ezz». During the ceremony, Mr. Al Ali crowned the winners of the theatrical season, in which four theatrical performances competed, namely “Siege”, “Deira Ezz”, and “Shelli Yaseer”, “Citizen for Rent”. Shellly Yassir, for which our country was an official sponsor, won most of the season’s prizes. The play won several awards, including: the best integrated theater, the best production of Qatari Diar Art Production, the best script and directing, and the best actor first role. Through our participation in CSR activities, Baladna always strives to translate its commitment to the Qatar National Vision 2030 and its four pillars, and to support Qatari talents and events in various fields. It sponsors sports teams such as the football team at Al Khor Sports Club. Qatar International Agricultural Exhibition and Qatar Self-Sufficiency Exhibition. This is in addition to its support for many heritage and artistic events such as the Festival of Bertha Heritage. 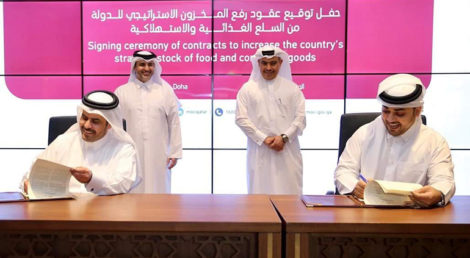 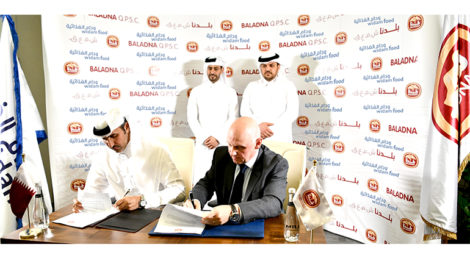 Partnership Agreement between “Baladna” and “Widam” 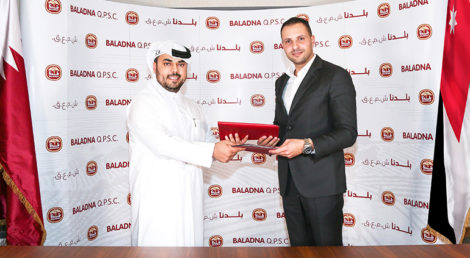 Baladna opens a new production line of cheeses for desserts

Baladna announced the signing of an agreement with the Jordanian Brothers for Food Industries Company, to transfer and localize the …